Our research focus is to understand the effects of genotype and environment on phenotypes (traits) sufficiently well that we will be able to predict phenotype of a given genotype in a given environment (i.e., predictive phenomics).

Pat Schnable is a distinguished professor at Iowa State University where he holds an endowed chair in genetics and is an endowed scholar in agricultural entrepreneurship. Schnable directs ISU's Plant Sciences Institute that is fostering collaborations among plant scientists, engineers and computational scientists. He is also a ChangJiang Scholar Professor at China Agriculture University in Beijing.

Schnable received his B.S. from Cornell University and was awarded a Ph.D. in Plant Breeding and Genetics from Iowa State University. Prior to his faculty appointment Schnable conducted post-doctoral research at the Max Planck Institute for Plant Breeding in Köln, Germany.

Schnable manages a research program that emphasizes interdisciplinary approaches to understanding plant biology. His own expertise is in the areas of genetics, molecular biology, genomics, bioinformatics and phenomics but he collaborates with researchers in diverse fields, including agricultural, computer, industrial, and mechanical engineering and statistics. His scientific investigations of the maize genome have been wide-ranging and he has developed and/or deployed a number of important genomic tools and resources. He is the author of >210 peer-reviewed publications that have been cited ~23,600 times and has accrued an h-index of 77 (Google Scholar). Reflecting his interest in computational approaches to biology, he has an Erdös number of 3.

Schnable is an elected fellow of the American Association for the Advancement of Science, serves as consulting editor for PLoS Genetics (Impact Factor 5.2), is the past chair of the American Society of Plant Biology's Science Policy Committee, and a past chair and current member of the Maize Genetics Executive Committee. He is also the co-lead of the Genomes to Fields Initiative.

Schnable has co-founded several startup companies and serves on the scientific advisory boards of several others. 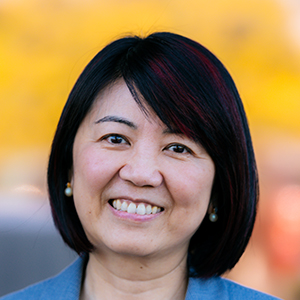 There are currently no student assistants

The Plant Sciences Institute is housed in the Roy J. Carver Co-Laboratory (1111 WOI Road, Ames, Iowa 50011-1085), which is located north of the communications and molecular biology buildings in the NW corner of the Iowa State University campus. For maps of the surrounding ISU campus and Ames, Iowa, see Iowa State University's Campus Maps.

During normal university business hours please enter the Roy J. Carver Co-Laboratory using the SE entrance near the greenhouse; the front desk will inform your host of your arrival. After normal business hours please call your host's cell phone upon arrival to arrange building access. If you are driving from off-campus, please request a visitor parking permit from Iowa State University's parking division before arrival.

To reserve the conferene rooms located in the Roy J. Carver Co-Lab building, please contact or call the front desk at 515-294-5252

The Laurence H. Baker Center facilities and enhances research in bioinformatics and biological statistics by fostering interactions and communication among faculty, outside laboratories, granting agencies and companies.

The aim of the Raymond F. Baker Center is to assure that Iowa State University's plant breeding program continues to be recognized throughout the word for their very significant contributions to the productivity and quality of crop cultivars.

For questions regarding the Plant Sciences Institute at Iowa State University, please contact us at